Olympus Kennel's is owned and operated by Brian Smith. Brian grew up in North East Arkansas and some of his earliest memories are of hunting behind his uncle's English setter's and then coon hunting with a second uncle with hounds. As a teenager, Brian began breeding, training and selling Labrador Retrievers for the duck hunting community that is so prevalent in Arkansas.
Brian started his law enforcement career in 1994 and was lucky to land on the night shift that had a multi-purpose K9. Brian assisted in the training of the department's dog until he left the police department and moved on to the Arkansas Game and Fish Commission. Brian worked for the AGFC for 10 years and left the Commission in 2006 to work for the State Department as a contractor in Iraq. After returning from Iraq, Brian returned to the police department in 2008. Brian became a K9 handler of a multi-purpose K9 and continues to serve his community in that capacity at this time.
Pictured above is Brian along with his K9 partner Zyk. Zyk is a import from Poland and is owned by the City. 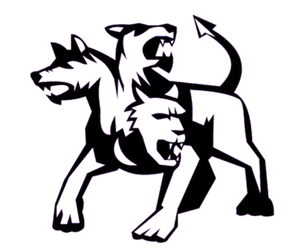